Magda Oiry writes:
Please join us this Monday, February 25, in the Partee Room (South College 301) at 12:05 for a new LARC acquisition lab meeting.
Here is the detailed program:
1. Hristo Kyuchukov ---our former visitor and collaborator will give us a brief update on his efforts to create a language disorders test for Roma children in Eastern Europe
2. Tom Roeper and Luiz Amaral will seek from everyone whatever suggestions they have for instances where Transfer occurs and crucially where it does not occur in L2 and bilingualism.
3.  Tom Roeper will outline an experiment on: Do children have restrictions on Wide-Scope quantifiers in Nominalizations (work with Masaaki Kamiya and Angeliek van Hout).
Any questions to Magda, moiry@linguist.umass.edu.
Everyone welcome!
Posted by UMass Linguistics at 11:16 AM

The next Phonetics Lab meeting will be held Tuesday, 4-5:30, 26 February 2013. The usual sustenance and refreshment will be provided, spiced with all the gory details of on-going experiments. It's also time to put your best face forward, as we'll be taking head shots to post on the lab's new website.

Email ThisBlogThis!Share to TwitterShare to FacebookShare to Pinterest
Labels: Phonetics

On Friday, March 1, Vincent Homer (École normale supérieure) will give a colloquium entitled "Polarity and Grammar." The talk is at 3:30 in Machmer E-37. An abstract follows.

The licensing of polarity items is an old and difficult problem. It is hard to find the exact conditions that govern the distribution of those elements (e.g. some, any), not simply due to the intrinsic complexity of the patterns, but also because it is not even clear whether one should look for conditions couched in syntactic or semantic terms.

The discovery, due to the seminal work of Fauconnier (1975) and Ladusaw (1979), that downward-monotonicity is a characteristic property of the set of expressions whose presence can make an NPI acceptable (e.g. any in (1)), was a breakthrough which could have decisively tipped the scales in favor of a semantic approach.

That is, it could have become universally accepted that an NPI is only acceptable in a sentence S if it is in a position within S in which downward inferences are supported. But in fact, a vast majority of researchers who work on the topic view licensing essentially as a syntactic relation between a polarity item and an operator equipped with a certain negative feature, and do not take the monotonicity of the environment of the NPI as a direct factor. There is at least one good reason that supports their move: adding a negative expression to (1) does not lead to anti-licensing (2), as might be expected on strictly semantic grounds, given the monotonicity reversal; the acceptability of (2) is expected on the other hand if all that any requires is a structural relation with at least one appropriate operator above it:

(2) It is impossible that John didn’t understand anything.

In this talk, I propose a general account of licensing, both for NPIs and PPIs, which goes against the grain of the dominant syntactic approaches, as it maintains that polarity items are directly sensitive to the monotonicity of their environment. The theory, which relies on a few simple principles, also accounts for a number of unnoticed facts, and sheds new light on the dedicated mechanisms which evaluate the acceptability of polarity items, and on their interaction with other interpretative processes.

Colleagues! I will be performing with the Amherst College Choral Society (and Symphony Orchestra) for the last time this upcoming March 2 at 8:00 PM. The concert will take place at Buckley concert hall on the Amherst College campus (tickets will presumably be $15, or $5 (for five college students)). We will be singing the magnificent Lord Nelson Mass (Missa in angustiis) by Joseph Haydn; the program will also feature the Tragic Overture by Johannes Brahms. Come and support good choral singing, and enjoy the beautiful music!

On Thursday, February 28, Vincent Homer from the École normale supérieure-Paris will give a talk at 4:00 in Machmer W-27. His talk is entitled "Escape!" and an abstract follows:

Modal verbs have intriguing scopal properties, which have received relatively little attention in the semantic literature. Compare can and must (both interpreted deontically):

If we are right to treat can as having existential force and must as having universal force, there is a puzzle: can takes obligatory narrow scope in (1), while in the exact same frame, must takes obligatory wide scope (2). This talk has one main goal: show that the contrast is due to a movement–I label it escape–which only certain modals can undergo. In the case at hand, it is must that moves because it is unacceptable in a negative environment, while can doesn’t move, because it has no reason to do so. I will study escape in detail, (i) because it has properties that set it apart from other known displacements, viz it is motivated by polarity and it is a last resort, and also (ii) because of the original light it sheds on modals and on the interplay of syntax and semantics in the mechanism of polarity item licensing.

Postdoc on discourse particles in Stuttgart

We invite applications for one post-doc position in theoretical linguistics (semantics/pragmatics) at the University of Stuttgart, Germany, available from May 1st. The position is for 1 year. Salary is according to the German TV-L E13 scale.

The candidate will contribute to the project C4 of the Sonderforschungsbereich (collaborative research center) 732,
(http://www.uni-stuttgart.de/linguistik/sfb732/), 'Incremental Specification in Context'. The project investigates discourse particles and their interpretation in context.

- Ph.D. in Linguistics or a closely related field
- Specialization in/interest in formal semantics and pragmatics

We offer the opportunity to work on cutting-edge research projects in a dynamic and international research team with up-to-date infrastructure and resources. English is the working language; nevertheless, an ability to speak, or willingness to learn, German is appreciated.

Please send inquiries and applications to Cornelia Ebert by March 15, 2013 (see contact information below). Applications should be in PDF format and include a CV, a list of publications and the names of two references.

The University of Stuttgart is committed to increasing the proportion of women in research and teaching. Qualified women are encouraged to apply. According to German law, disabled candidates with equal qualification will be given preference.

UMass in Language and Linguistics Compass

The latest issue of Language and Linguistics Compass has a couple articles by current and former members of the UMass linguistics community:

A red glove event at Tom and Laura's 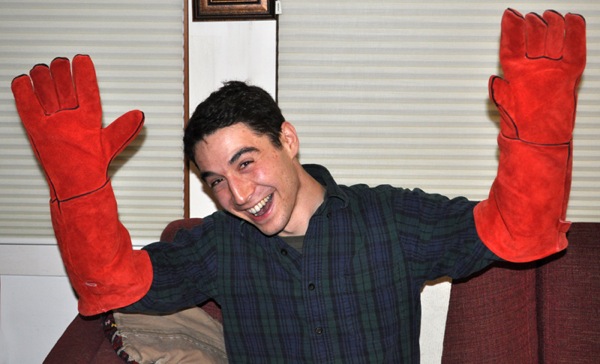 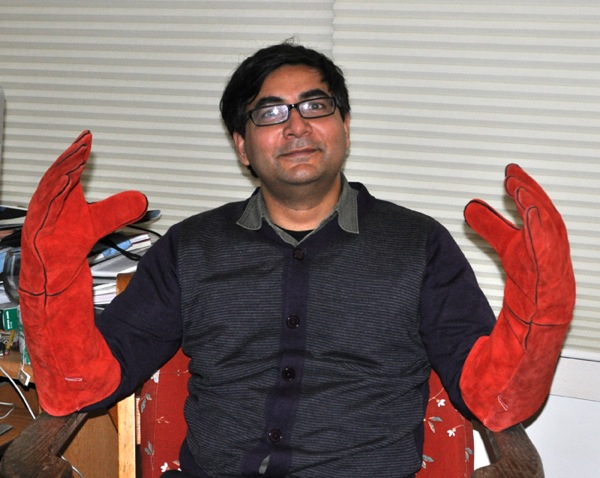 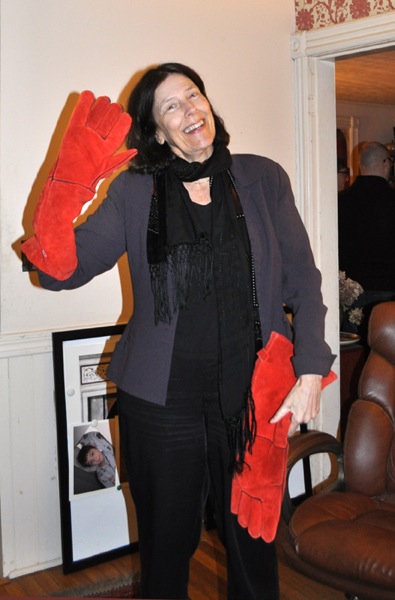 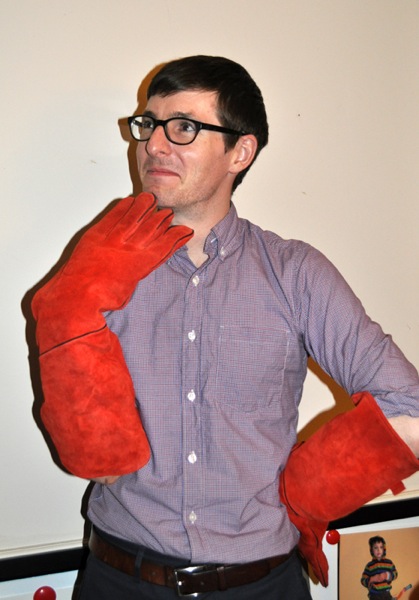 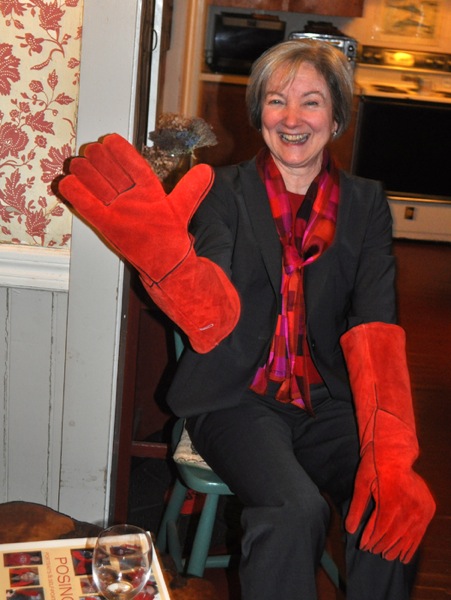 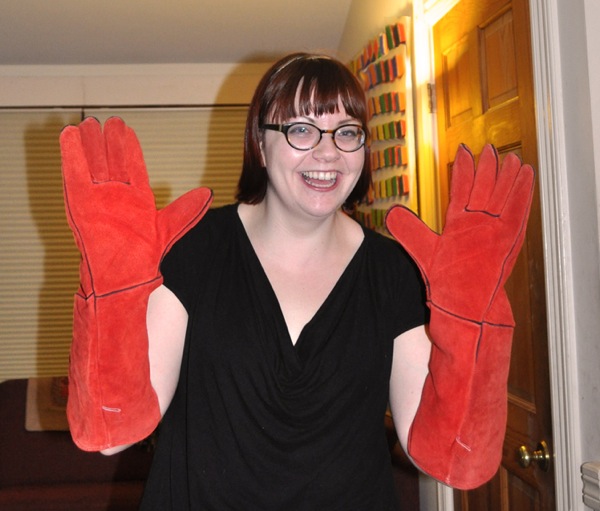 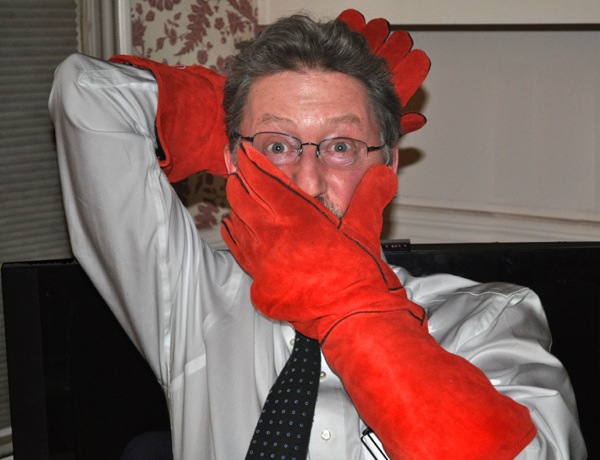 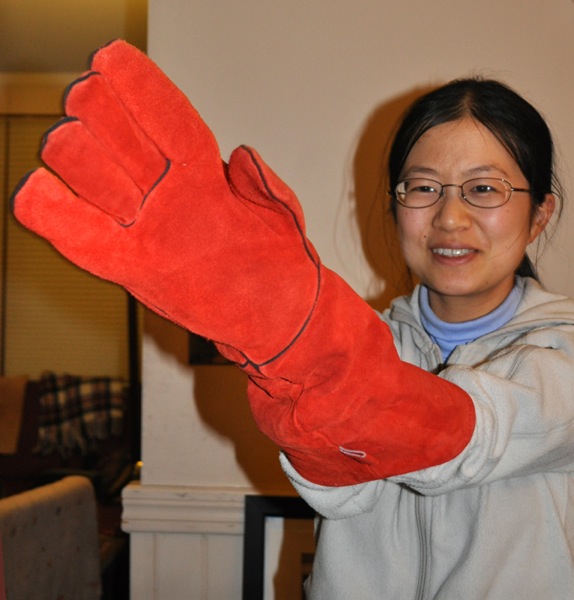 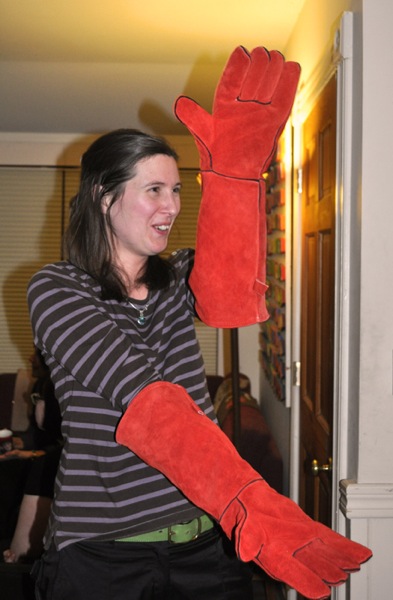 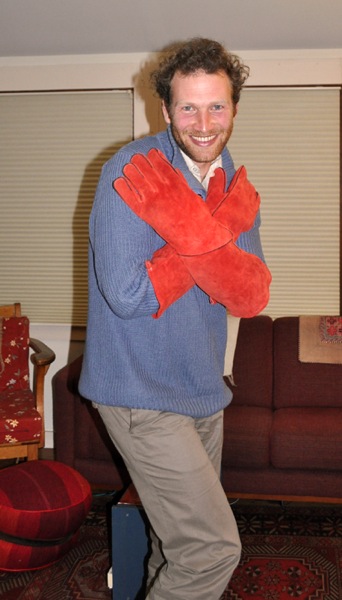 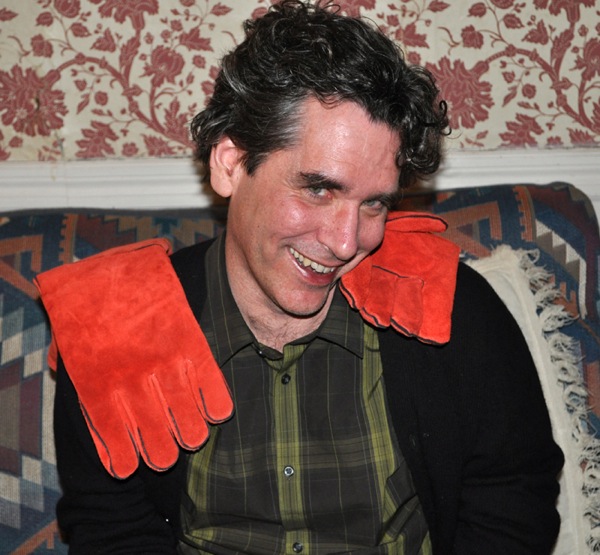 Posted by UMass Linguistics at 11:14 AM

Call for papers: Phonetics and Phonology in Iberia

The link below will take you to the second call for papers of PaPI 2013. The conference website can also be found at http://ww3.fl.ul.pt/laboratoriofonetica/papi2013/ .